The US Army Cadet Command JROTC National Drill Championship included over 103 JROTC programs competing from all over the nation. It was the largest army nationals ever.

In the National High School Drill Team Championship the team brought home a total of six trophies and placed first overall in the challenge division.

Congratulations to students and staff! 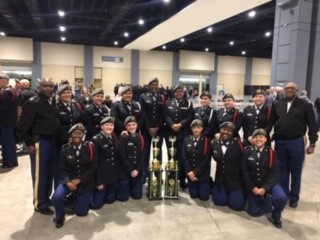